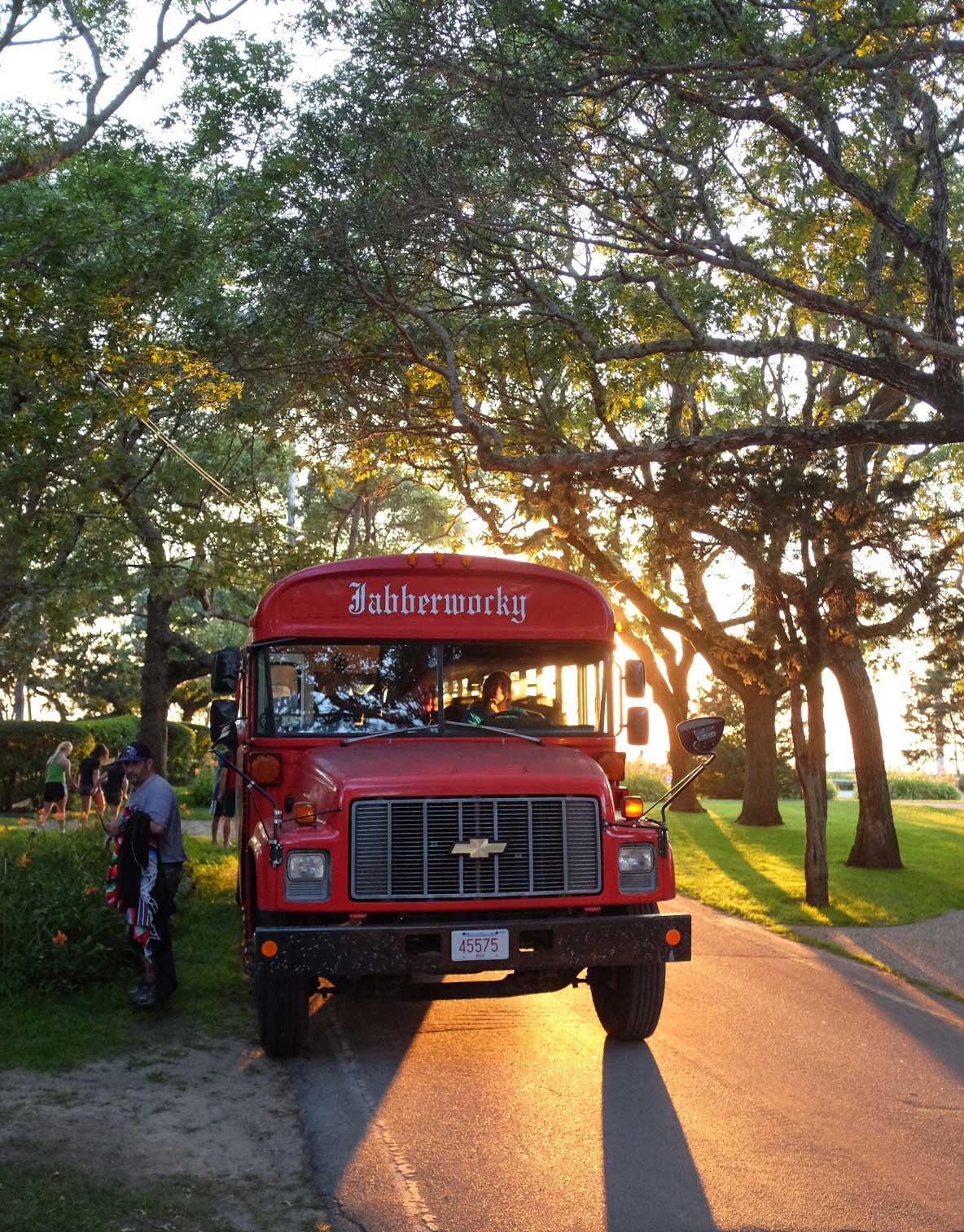 Camp Jabberwocky is the oldest sleep away camp for people with disabilities in America. It was founded in the early 1950’s by Helen "Hellcat" Lamb. Jabberwocky all started with one women’s desire to improve the lives of people in our communities. Helen Lamb was taking a short vacation from her job as a speech pathologist and was feeling a little guilty that she was there on Martha’s Vineyard sitting on the beach with her own three children, while the children she worked with were left behind in the hot city, under bad conditions, with no vacation in view and no break for the parents. Out of this single moment came the prospect of Camp Jabberwocky. Since 1953, Camp Jabberwocky has been going strong with Hellcat’s mission to provide campers with a phenomenal experience full of adventure, friendship, and challenge.

Hellcat was a force. She had a simple saying that lives on to this very day, ”there is a way, find it”. To Hellcat accessibility didn’t matter, if there was an activity to do or an adventure endure, camp did it. She had this “can do” attitude that made Jabberwocky happen.

A summer camp for almost 70 years, Jabberwocky seeks to enlarge the camp community to involve others not directly involved in the daily operations and to promote the Jabberwocky philosophy of volunteerism wherever possible through example.

Camp Jabberwocky exists to provide a residential vacation camp for people with disabilities. We provide recreation and enrich the lives of our campers by creating a supportive environment that promotes the fulfillment of human potential and fosters independence and self-determination while respecting diversity. 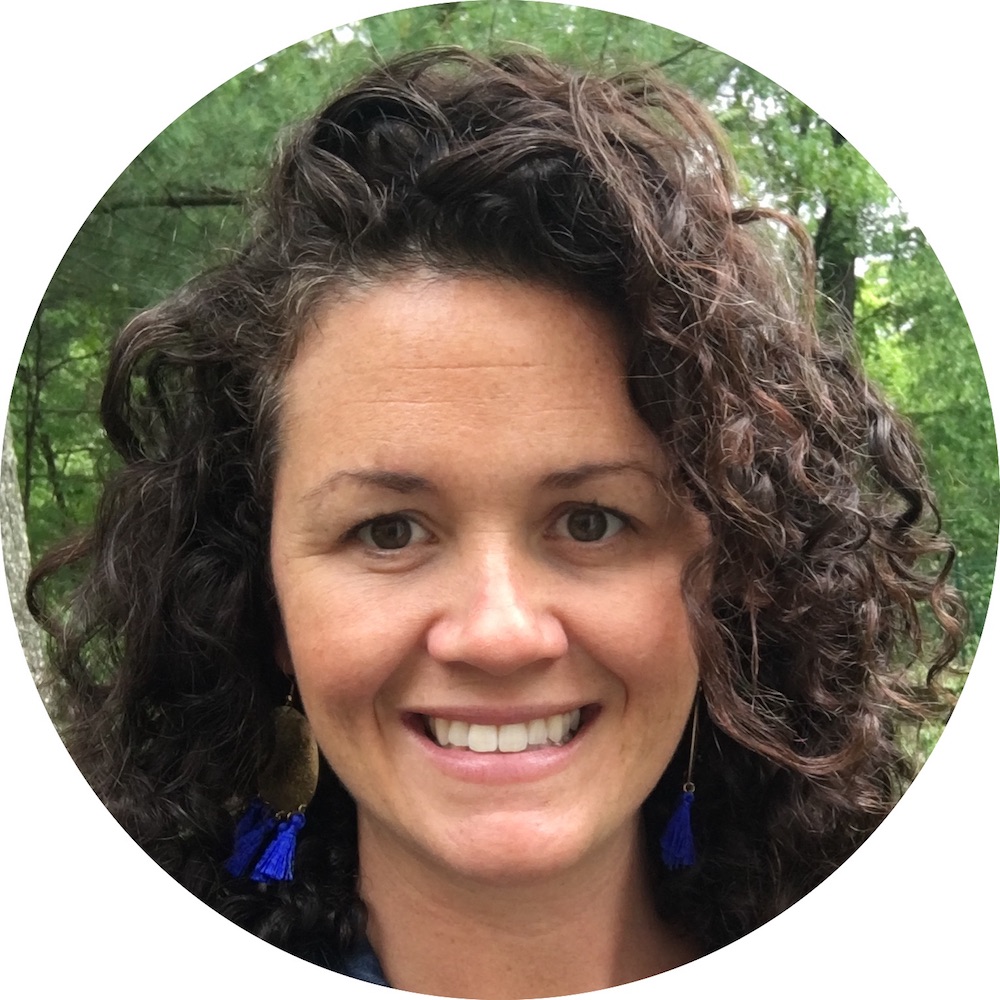 Liza Gallagher is the Executive Director at Camp Jabberwocky. Liza started off her career path as a young teen working at Double H Hole in the Woods Ranch, a Paul Newman’s Camp for critically and terminally ill children. Following college she worked at a handful of Independent Schools in the Boston area creating and developing new summer camps and auxiliary programs from the ground up. After 10 years of learning the ins and outs of camp business, she found and fell in love with Jabberwocky. 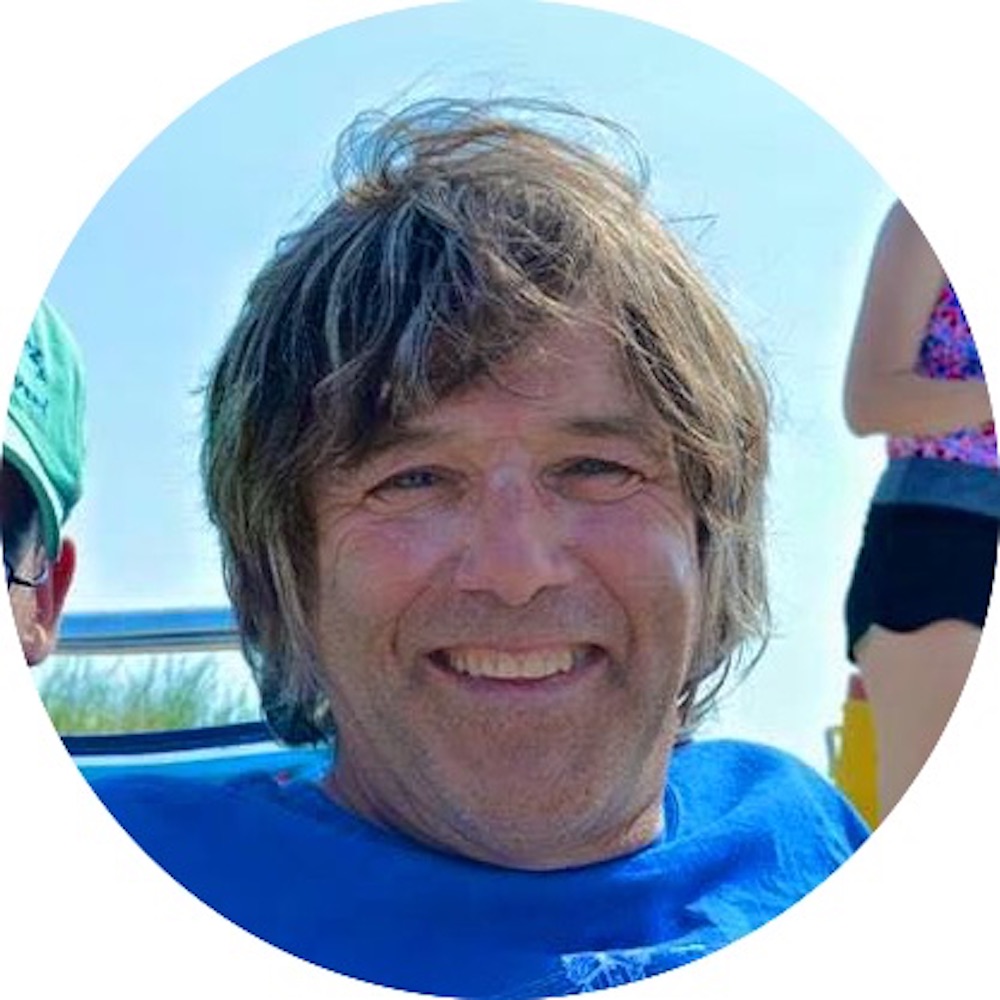 While Jack was majoring in Special Education in college he heard about a Cerebral Palsy camp on Martha’s Vineyard, Camp Jabberwocky. He applied for a job there for the month of the Adult session of camp. After completing the month he stayed on for the month of Kids Camp. Once he began work as a Special Ed teacher in the New York State public schools he was able to keep coming to camp all summer long. He began bringing his seven year old son with him to Kids Camp after Hellcat, the camp founder, suggested it would be beneficial to both the campers and his son to do so. Years later she convinced him to Direct the Kids Camp, which is now known as August Camp. After Directing the August Camp for 12 years he switched to Directing the Family Camps. These days he is both the Family Camp Director and the warm weather camp caretaker. 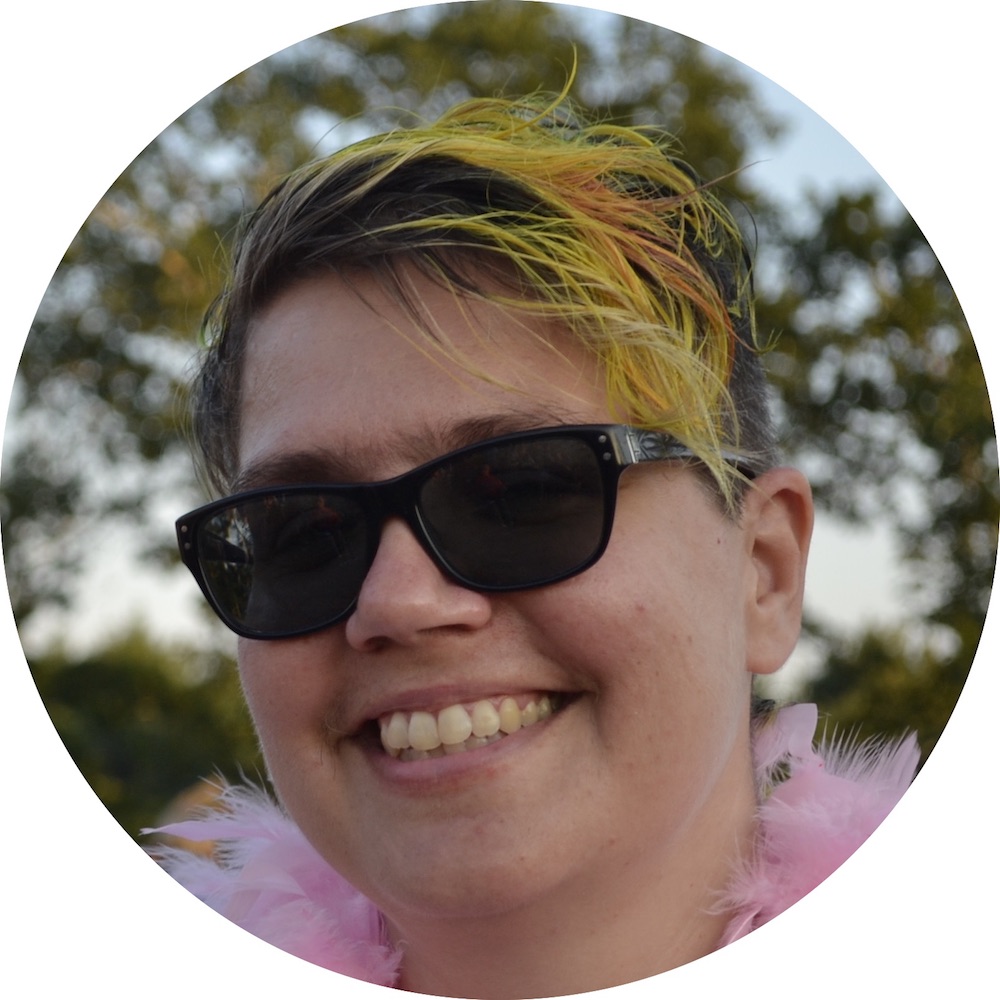 Nora Avis Olsen is a co-director at Camp Jabberwocky. Nora began volunteering at Jabberwocky in 1991 when they were a teenager, and coming to this unique camp has turned into a lifetime commitment. After attending Brown University, Nora worked at United Cerebral Palsy, Easter Seals, Meeting Street School, and as a caregiver for people with autism. Nora is also the author of four novels for teenagers. 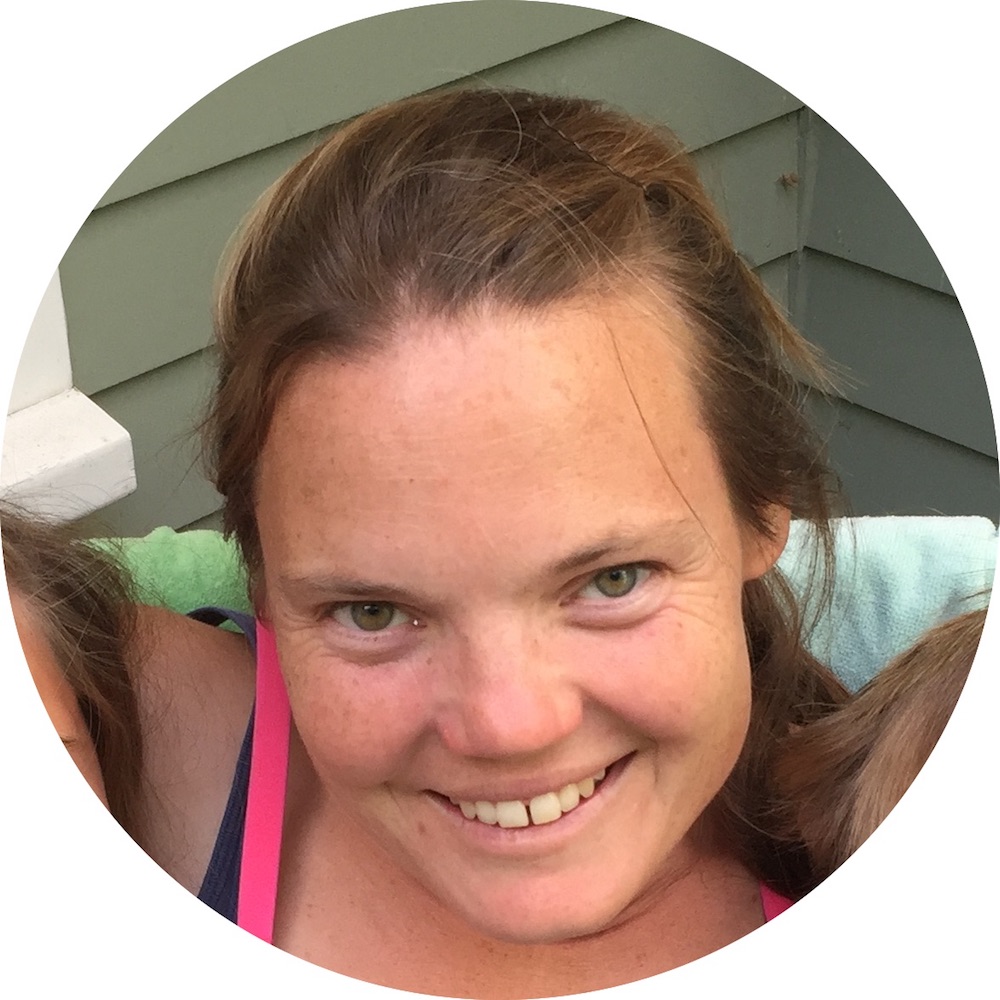 Caitlin Lamb was lucky enough to grow up at camp. She is the granddaughter of Camp Jabberwocky's founder Helen Lamb and her father John Lamb was a long time director and is now a Board Member. Summers at camp remain a highlight in her life- getting to live and work with the most fantastic people- and now getting to watch her children adore camp as much as she does. She lives in New Hampshire with her husband and two children.

“It is impossible to praise these young people enough for the work they are doing. To see them donating their time and energy all hours of the day, never demanding for themselves but always willing to give, is something young people are not supposed to be interested in doing these days, and the counselors at the camp do not fit into an orthodox category. It is a great pleasure to have an opportunity to be with these young people.”

The Board of Directors

A letter from John Lamb

Dear Friends of Jabberwocky,
My mother, Helen Lamb, widowed and recently arrived from England, started The Martha's Vineyard Cerebral Palsy Camp in 1953. Helen, affectionately called Hellcat by all who knew her well, wanted to give the children, with whom she was working at The Cerebral Palsy Clinic in Fall River, a chance to have some fun at a summer camp on Martha's Vineyard. Her own children were having the time of their lives in Oak Bluffs that summer, and she wanted to give the same chance to the disabled kids stuck back in their stifling apartments with little to do.

That same commitment, that same focus on people with disabilities having a wonderful time at camp, has driven us all these years. Beginning in 1965, when we moved to Vineyard Haven and named the camp Jabberwocky, I took on more of the responsibilities, becoming camp director for 37 years before retiring, but staying very much involved as a Jabberwocky board of trustees member. I find myself now the sole person still involved in camp who was there at the beginning and every year since.

Camp has drawn so many over the years because it has offered opportunities for deep friendship, enduring relationships, an intentional community, and for the staff, an inner experience of feeling that you are part of something big and meaningful. In terms of human feelings, people who help each other have a sense of elevation, which is defined as an emotional response to moral beauty. It encompasses both the physical feelings and motivational effects that an individual experiences after witnessing acts of compassion or virtue. This is part of the fulfillment provided by camp.

For staff at camp, working among all these extraordinary people is often pivotal and life-defining. Most of us have made many mistakes and have learned lessons for a lifetime. As Maya Angelou said, "we do the best we can, when we know more, we do better." For some years before Hellcat died in 2011, she had become increasingly concerned about some of the directions in which camp was going. She was worried that "the duty of care”, the British term that means the responsibility a person has to act in a way that will benefit others, was being eroded. Hellcat, Jabberwocky’s board, and I tried to make certain that "the duty of care" was not eroded. The board, the executive director, and I are continuing that work.

These last years have brought great improvements thanks to the efforts of the executive director, the board, and the increasing integration with the Island community year-round. We have also worked more diligently on meeting "the duty of care". This can be complicated: many campers are adults with independent lives whose reasons for coming have long changed from Hellcat's original work.

Some people have found that the organizational concerns of camp do not fit with their goals, and many new camps and endeavors have flourished under the creativity and efforts of my sister, Gillian, former staff and campers. We wish those whose interests take them in other directions the very best, with gratitude for all they have done. Camp Jabberwocky must continue to dedicate itself to campers first, to the duty of care, and to the spirit that endures within it. 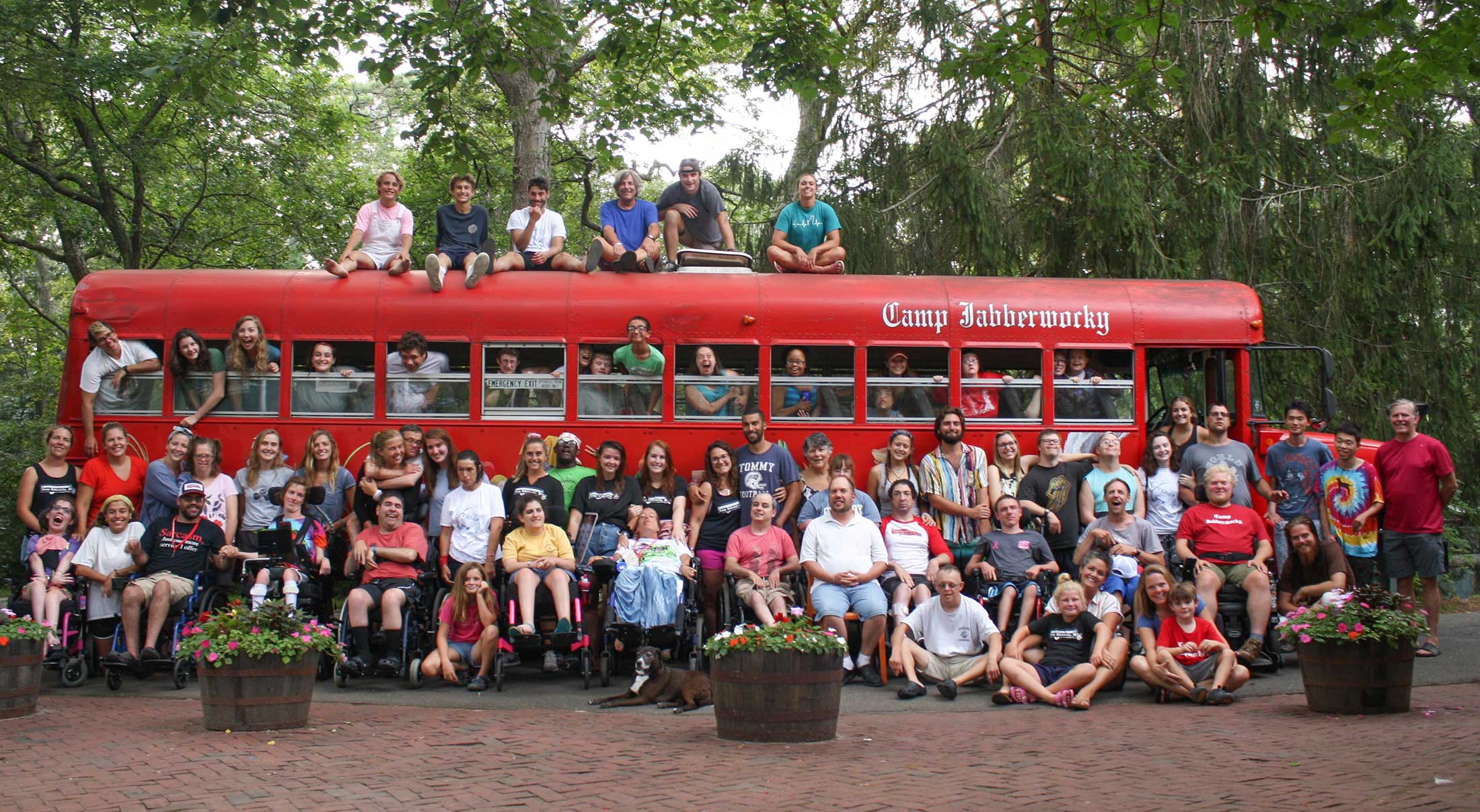 At its core, Camp Jabberwocky is a community that lives on thanks to the generosity and kindness of those around us!